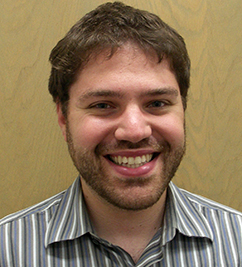 Dan Marlin joined WCER in 2014 as an assistant researcher. Currently, he works on the Wisconsin Educator Effectiveness System project and a grant that will provide gifted and talented programming to underrepresented student populations, among other projects. A native of the Pittsburgh area, Dan holds a master’s degree in public affairs from the University of Wisconsin-Madison’s La Follette School of Public Affairs. He received his bachelor’s degree in political science from Northwestern University.