“At Play in the Cosmos,” an educational video game developed at the University of Wisconsin–Madison, is the winner of the Third Annual Mashable + Games for Change People’s Choice Award. This new educational resource for introductory college astronomy received the highest number of online votes among the 11 games nominated in the category.

Gear Learning, part of the School of Education’s Wisconsin Center for Education Research, developed the game in partnership with publisher W.W. Norton & Company. “It’s the first complete educational video game that uses high-quality, realistic art and sound with a compelling story to introduce non-science college majors to astronomy,” says Michael Beall, who leads the Gear Learning team from its busy studio in the Educational Sciences Building.

In the game, students pilot their spacecraft through 20 missions designed to ground them in the fundamentals of astronomy, from basic physics through cosmology. While exploring the “Cosmos” universe, players engage with 50 well-studied celestial objects, each meticulously designed in 3D and paired with scientific data to create an accurate and powerful learning experience. 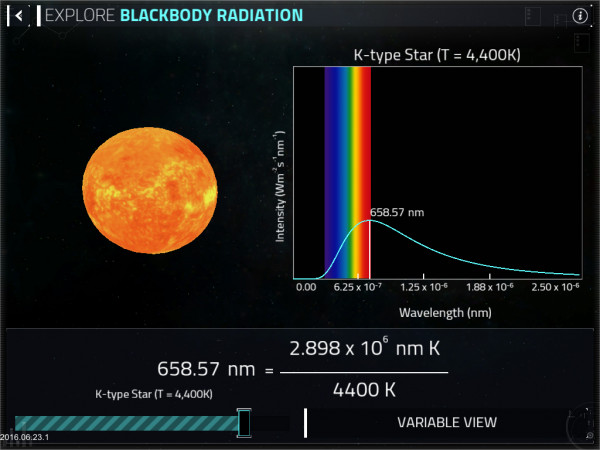 The rules of the game are based on the rules of physics, which players learn as they complete different missions.

“This game was built in close collaboration among experts in game-based learning, video game design and introductory astronomy instruction,” says Beall. Astronomers Jeff Bary from Colgate University, Adam Frank with the University of Rochester, and Rich Townsend from UW–Madison worked closely with Gear Learning and W.W. Norton to develop the game.

The game and textbook it accompanies can be purchased separately or together through W.W. Norton. In addition, Beall worked closely with Norton to include a donation that is not traditional in publishing—free game licenses for Gear Learning to use in its outreach activities at UW Space Place and local community centers.

Mashable is a digital media company that focuses on social media and technology. Games for Change is a non-profit advocate for creating digital games to make real-world social change. Together, they host the People’s Choice Award to give fans the opportunity to select the game they feel is the “most impactful.” The award is announced among four other categories at the Games for Change Annual Festival held each summer.