A campus-community partnership including WCER’s Beth Graue is one of two teams from UW-Madison to win funding in a national competition aimed at developing innovative ideas to expand and strengthen the U.S. middle class.

Graue and her colleagues tied for second place for a project titled “We Care for Dane Kids,” which will receive $300,000 in provisional funding as a winning finalist in the Alliance for the American Dream. The other UW-Madison finalist, a project known as LIFT (Legal Interventions for Transforming) Dane, tied for first place, earning a $1 million award, pending completion of the award contracts with competition sponsor Schmidt Futures.

Both Madison teams also were each voted an additional $100,000 by the other teams for being most in line with the spirit of the competition, for grant totals of $400,000 and $1.1 million, respectively.

Graue’s partners in the Dane Kids initiative are the Wisconsin Early Childhood Association, Reach Dane, the UW-Madison School of Social Work, the City of Madison, and Madison Out-of-School Time. Their project features an innovative, multi-pronged approach to transforming the early child and after-school care sectors by means including:

“Child care and out-of-school time care is expensive and hard to find, but absolutely essential to how our county’s economy functions,” the We Care for Dane Kids team says. “Despite the critical role this sector plays in our community, the workers who do this work still don’t earn enough. The (Alliance for the American Dream) challenge brought us together to find ambitious solutions to the dramatic under-investment in child care and out-of-school time. We are excited about the opportunity to solve these problems that impact so many households in Dane County.” 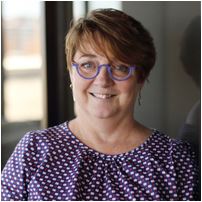 Winners were announced June 27 from four universities across the country invited to compete, after final presentations to Eric Schmidt and staff from Schmidt Futures in New York City. This was the culmination of a year's work for the team, which competed initially against 46 local teams and then in rounds of 11 and then three.

The other winning UW−Madison project, LIFT Dane, is creating a game-changing online platform to provide workers with easy access to public data and services to reduce debt and eliminate barriers to jobs, housing and economic stability. Members of LIFT Dane are Legal Action of Wisconsin, UW Law School, and Employment and Training Association of Dane County.

Sharing first place with LIFT Dane and winning its own $1 million is Project Benjamin, a project based at Arizona State University to scale a strategy to increase completion of the federal student aid form known as FAFSA in 67 high schools. Sharing second place and receiving their own $300,000 each are the projects Coal Country Strike Team at the University of Utah and Power of Home at Ohio State University – for a grand total of $3.1 million to be spent across efforts in the four states.

The Alliance for the American Dream is sponsored by Schmidt Futures, a philanthropic initiative by Wendy and Eric Schmidt, a former CEO of Google.

Graue, Sorenson Professor in the Department of Curriculum & Instruction and a former kindergarten teacher, is director of WCER’s Center for Research on Early Childhood Education (CRECE), a research-to-practice center launched in 2018 to inform early childhood practices for children from birth to age 8 years.