But advanced degree opens opportunities for greater economic gains, too

With the release of the 2019 College Scorecard in May and the fall semester just weeks away, many again are asking, ‘Does higher education cost more than it’s worth?’ And this time, graduate school debt is under scrutiny, as it offers a mixed bag of pros and cons tied to students’ race and family incomes.

In an article in the journal Sociology of Education, sociologists Jaymes Pyne and Eric Grodsky argue that for the last 20 years a perfect storm has been brewing over those seeking graduate and professional degrees, especially African American and low-income graduate students. Grodsky is a professor of sociology and education policy, and a researcher at the Wisconsin Center for Education Research (WCER), at the University of Wisconsin−Madison, and Pyne is an affiliated WCER researcher and postdoctoral research associate at Stanford University’s Graduate School of Education.

Low-income and African American graduate students increasingly face a double-edged sword of advanced-degree promise and peril: better-than-average income returns on graduate and professional degrees but levels of debt to earn those degrees that also outpace the debt borne by white students.

“We already know that the economic returns to graduate and professional degrees have been rising at a faster rate than returns to undergraduate degrees,” reports Pyne, the paper’s lead author. “With those increasing returns, we see increasing enrollments in advanced degree programs over the past two decades. Combine increasing returns and increasing enrollments with a policy environment that views advanced degrees as a private rather than a public good, and you get more debt.”

And that debt burden is large. With less government aid provided across the board for the pursuit of advanced degrees, the authors find that households with at least one master’s or doctoral degree holder carried roughly 52% of the nation’s $1.3 trillion educational debt burden in 2016. 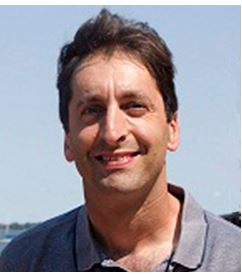 Even more troubling, the authors find, is that this debt burden has appeared to fall on socioeconomically disadvantaged and historically underserved groups the most. The most affected group, African American students, borrowed about 21% more for their undergraduate and graduate education than white students in 1996; by 2016, they were borrowing 54% more than white students, the paper found, even after factoring in differences in parent education level, gender, degree program and whether students went to a public, nonprofit-private or for-profit school.

Yet despite this potentially positive finding for African American students, the authors urge caution.

“The higher relative returns we observed offer good reason for individuals to continue with their education. But they don’t justify massive racial and socioeconomic debt inequalities,” Pyne insists. “Debt can delay marriage, home ownership, family formation, and a lot of other important life events. It can even limit the capacity to support your children’s educational aspirations, which are likely high if you are highly educated yourself. So this difference in debt burdens we’re observing is likely an echo of inequalities in generations past and a harbinger of inequalities in generations to come.”

The paper by Pyne and Grodsky is titled, “Inequality and Opportunity in a Perfect Storm of Graduate Student Debt.” The paper has been accepted for publication at the journal Sociology of Education, with a release date set for fall 2019.