The term STEM, adopted by the National Science Foundation (NSF) in 1998, has become increasingly familiar throughout the United States due to the thousands of programs launched to produce more science, technology, engineering and mathematics professionals.

But, how successful are these programs?

With no national systems in place to answer that question, the NSF asked the National Academies of Sciences, Engineering, and Medicine (NASEM) to develop indicators for monitoring undergraduate STEM education.

Mark Connolly, an associate research scientist at the Wisconsin Center for Education Research in UW–Madison’s School of Education, was among the 15 academics who served on the committee tasked with creating the indicators. “We started by identifying three central STEM educational goals,” he states, “and then developed 21 indicators to measure progress toward the goals.”

The committee’s report, just released to the public, describes the three core goals as:

“The indicators focus on a wide range of factors, such as measuring teaching effectiveness, comparing the diversity among STEM degree holders with those in all fields, and tracking the entry and persistence of students in STEM academic programs,” says Connolly. 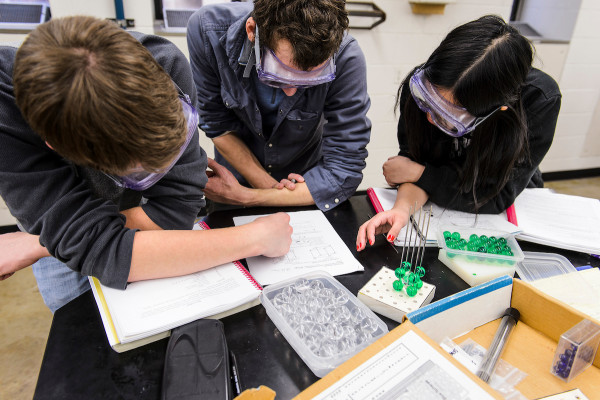 He states the committee also concluded that no nationally representative data are available to inform most of the proposed indicators. As a result, the members identified three methods for obtaining the data:

“We also concluded that before collecting the data, some of the indicators must be researched further to develop clear definitions and identify measurement methods,” Connolly says.

The National Academies of Sciences, Engineering, and Medicine invited Connolly to serve on the committee due to his experience as a principal investigator on two five-year studies of postsecondary STEM education, and as an evaluator on STEM faculty development studies. He has worked as a researcher at the Wisconsin Center for Education Research since 2002.