Shirley Wright had an idea. “What if we created a forum where teachers could talk directly to education researchers about the challenges they face in the classroom?” In her capacity as the assistant to the director of the Wisconsin Center for Education Research (WCER), Wright’s job does not take her into the field, so she rarely sees the direct link between research and classroom practice.

“Are we really listening to our teachers?” she wondered.

Their collaboration resulted in UW‒Madison’s first-ever Teacher Speakout!—a daylong event held this past spring where teachers from rural schools across Wisconsin shared their experiences with university researchers and with each other.

Why the emphasis on rural education? Although 44 percent of the state’s 860,000 pre-K through 12 public school students attend rural schools, according to the Wisconsin Department of Public Instruction, rural education is often overshadowed by research focused on urban and suburban schools.

So nine elementary, middle and high school teachers from seven rural school districts across Wisconsin—Barneveld, La Farge, Markesan, Mauston, Mercer, Phillips and River Valley—gathered at the university for a panel discussion on issues that matter most to teachers working and living in rural areas. It was a homecoming of sorts, as most of the teachers were UW-Madison alums. 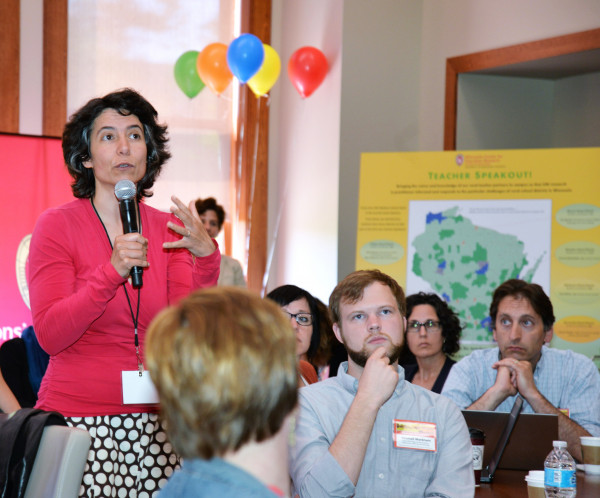 Nick Ehlinger, a panelist who has taught in the River Valley School District since 1999, was eager to share his perspective. What the elementary music teacher likes best about his job is the challenge of wearing multiple hats. He also has coached high school soccer and cross country, and directed many plays and musicals in the district’s middle and high schools. “You can be involved in a lot of things in a rural school because there are so few of you. Even though a role may not be within your expertise, you do it because you want to give kids as much experience as possible.” However, he cautions rural teachers not to overextend themselves.

That is easy to do when there are not enough teachers to go around. Meaghan Gustafson, a literacy specialist in the La Farge School District working toward her principal’s license, believes that recruiting and retaining rural educators is the greatest challenge in her district. “Teacher turnover is the single biggest factor affecting our ability to provide the highest learning outcomes for kids.” She says that in the last five years, 85 percent of the district’s teaching positions have turned over, and some more than once, prompting her district to respond with more innovative recruitment programs.

Other challenges raised by the panel include a lack of funding in rural districts—“We have only one AP class, that’s it,” says one teacher—and like urban school districts, not enough time to teach due to standardized-testing overload.

“These kids are tested to death!” says Paul White, a middle school science and economics teacher in the Markesan School District. “We spend a ridiculous amount of time prepping for tests and taking them, and that means less time in the classroom to actually teach.” One frustrated teacher even described her classroom as a “test-prep academy.” 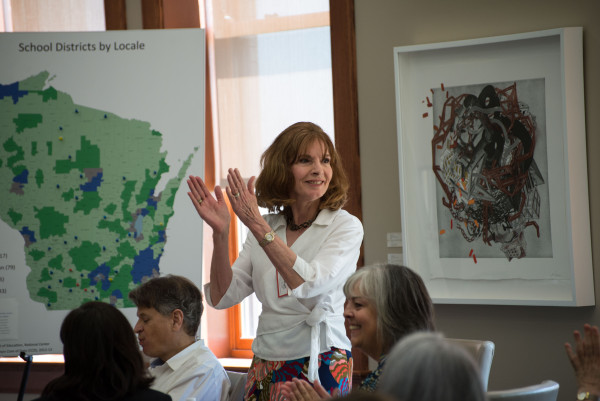 Shirley Wright, assistant to WCER Director Bob Mathieu, is one of the co-founders of Teacher Speakout!

Despite all their challenges, these rural teachers enjoy the small-town connectedness they feel with the students and families in the community. Chicago native Yvonne Butterfield, a science teacher at Mauston High School, says she became a rural teacher by default, but will never go back to teaching in an urban school.

“You can’t develop that personal relationship with students and families that you can in a rural setting. You see them on the streets, at the gas station or in sports activities you are involved in with your own kids. It’s a good thing.” Butterfield says these personal relationships outside of school have made her a better teacher. “Because I know what their life is like beyond school, I can talk to them in more purposeful ways. And when you take a more personal interest in students’ lives, they respect you more.”

More than 70 people came to the inaugural Teacher Speakout!, including education researchers, graduate students, local media and policymakers. Officials for the state's U.S. Senators and two state Assembly members, as well as representatives from the Wisconsin Department of Public Instruction, Public Education Network and Rural Schools Alliance, attended and spoke one-on-one with teachers.

Seelig says this confab with legislators was an important cornerstone to the event. “Since rural districts are distant from places where policy-making and decision-making happens, the Teacher Speakout! team felt it was an opportune moment to invite local and state legislators to interact with teachers in a casual atmosphere.” 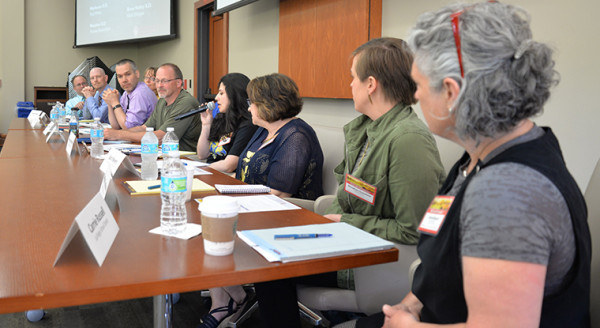 Gustafson is optimistic. “We are hoping this won’t be just a one-day event because not enough attention is paid to rural schools and the challenges they face.” She appreciates WCER’s outreach to rural schools. Her district has already developed student/teacher partnerships with UW‒La Crosse and UW‒Stevens Point. “Building ongoing relationships with researchers and connections with other educators in rural districts around the state will be really valuable.”

For Wright, Teacher Speakout! is only the beginning. “We have given rural teachers a voice that was heard by the right people, and we must continue to deepen the relationships between teachers, researchers and policymakers.”

What’s more, the rousing success of the first Teacher Speakout! has sparked discussions between WCER and UW‒Madison’s School of Education to explore the design of a Rural Education Research Center, led by WCER researchers Craig Albers and Andy Garbacz, professors in the School’s Education Psychology Program, and supported by a diverse team from across campus and the UW system.

WCER Director Bob Mathieu further explains the need for this new rural education center. “Roughly half of the students in Wisconsin are in rural school districts. It is only right that WCER should help to advance rural education through forefront research and associated applications. We look forward to partnering with our colleagues in rural Wisconsin, including the teachers of the inaugural Teacher Speakout!”