See the World Through Siftr Think of the world as one big classroom. That is the concept behind Siftr, an online citizen-science platform created in 2015 by David Gagnon, director of Field Day Lab at the Wisconsin Center for Education Research, to help promote fieldwork in schools.

Siftr encourages people to learn more about the world by actually observing it, documenting discoveries through photographs and sharing their projects online at Siftr.org. “Siftr helps teachers engage students more in the learning process by blurring the line between school and not school,” says Gagnon of this free digital teaching tool.

How does it work? Organizers set up projects on Siftr.org around a topic. Users then join the project and upload images which correspond to the topic. Then a map pops up on the screen to show where in the world the data collection has taken place. So far, more than 130,000 observations have been made by over 20,000 people worldwide, with categories and photos as disparate as those you’d find on Pinterest, such as wild grapes, play spaces, best coffee, urban wildlife, graffiti, sports cars and anatomy.

“On the one hand, we see Harvard University using Siftr to take various measurements of ponds in the Cambridge area,” says Gagnon, contrasting this high-end Siftr project with one by third-graders categorizing different types of worms on the playground. Gagnon is thrilled. “We’re seeing this huge range of how educators and organizations are using Siftr to help people re-engage with the world.”

So, how many words do you know that describe snow? Thomas DuBois, the Halls-Bascom Professor of Scandinavian Folklore and Religion at UW‒Madison, presented “Snow Challenge 2015” to students at three different universities to familiarize them with the Sámi people, the indigenous population of the Arctic regions of Scandinavia. 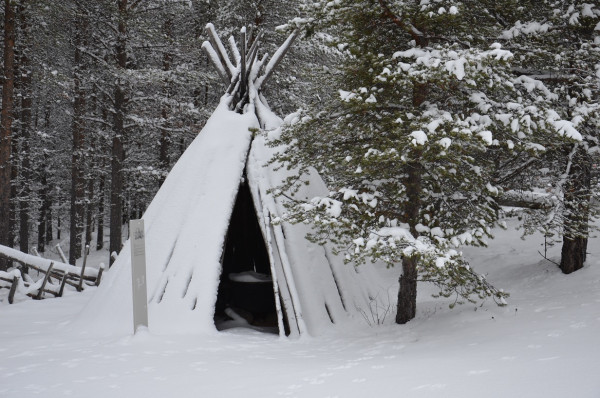 This traditional smoking house is used by the Sámi people of Finland to smoke reindeer meat, according to Thomas DuBois, the Halls-Bascom Professor of Scandinavian Folklore and Religion at UW‒Madison.

“There are hundreds of words in Sámi for snow. There’s actually a word for snow that sticks to objects! So students were challenged to go out and photograph samples of these words in the snowscapes of Madison, Minneapolis and Columbus, Ohio,” says DuBois, who believes this unique Siftr project has livened up his teaching on Scandinavian culture. “Siftr turned what would have been a very abstract lecture on Sámi tradition into something students could relate to. And that’s exciting.”

For first-year social studies teacher Claire Lewandowski, Siftr helped her get better acquainted with her seventh-grade students at a middle school in Marshall, Wisconsin—a major priority for any new teacher. She asked 76 students to upload photos on Siftr of places they loved, places they wanted to go and places that they visited frequently. “I learned that one of my students really loves Pizza Ranch in Sun Prairie. And another loves Yosemite and can’t wait togo back there.”

Through Siftr, Lewandowski was reminded of a keen insight into middle-schoolers. “Kids are great b.s. detectors. They need to believe that whatever they are doing in class has some sort of meaning and effect on the outside world, and is not simply an exercise by a teacher to keep them busy.” She said that a citizen-science platform, like Siftr.org, allows her to provide an authentic teaching experience for her students. She plans to continue using Siftr for a lesson on urban sprawl in the next school year. “It will be a great way for students to take a critical look at their community.” 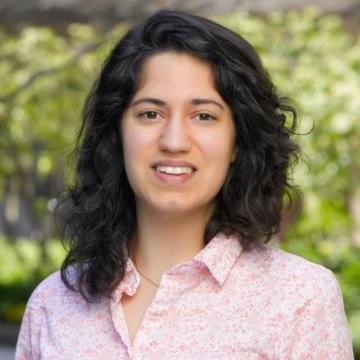 Claire Lewandowski, a first-year teacher in Marshall, Wis., used Siftr to get better acquainted with her seventh-grade students.

Last year, Field Day received a Baldwin Award to develop a Siftr phone app with UW‒Madison’s horticulture department that pairs with a new plant identification app. “As part of the award, we released a general purpose version of the Siftr app so anyone could create a citizen-science project on their phones, for free.” Gagnon says this new mobile iteration of Siftr works for both Android and IOS. What’s key to this mobile app is that it works offline, so people can go deep into the woods to explore and still work on their Siftr projects. “Plus, this new app lets you record more than just an image and a caption. Users can now respond to all kinds of prompts.”

To help familiarize educators with how the new Siftr mobile app can inspire fieldwork in the classroom, Field Day is offering fellowships to all Wisconsin teachers, in all subject areas and grade levels. Selected fellows will attend a one-day workshop at the University of Wisconsin‒Madison, develop and implement a fieldwork project through an ongoing partnership with Field Day, and receive a $100 stipend. “We want people to surprise us with unique and creative ways that they use Siftr,” says Gagnon, adding that his group is looking for teachers who want to be “pioneers.” (Click here to apply.)

But as far as the Field Day founder is concerned, the current Siftr platform has just scratched the surface. He says a whole category of questions can be answered only by many people being observers. “If we can secure the funding, I would like to develop Siftr into a general crowdsourcing platform,” explains Gagnon. “Our end game is in learning about how media like Siftr allows people to learn, and do science, in new ways.”