A philosopher once said, “Tell me and I forget. Teach me and I may remember. Involve me and I learn.” He obviously understood the value of mentoring, as did Jo Handelsman in 2002.

Then a professor in UW‒Madison’s Department of Plant Pathology, Handelsman—now director of the Wisconsin Institute for Discovery—wrote a brief sentence into a $1 million grant proposal on improving faculty mentoring that more than a decade later would spark the genesis of a new project at the Wisconsin Center for Education Research.

“We should have a seminar or discussion forum for research mentors to come together and talk about how to mentor better,” wrote Handelsman prophetically. Thirteen years later, Christine Pfund, who worked closely with Handelsman through the years to establish a legacy of optimizing research-mentoring relationships at UW‒Madison, helped bring that initial idea to life. Now Pfund and her colleagues have created the Center for the Improvement of Mentored Experiences in Research (CIMER), one of the newest projects at the Wisconsin Center for Education Research (WCER) in the School of Education.

“Our goal is to explore new ways to improve research-focused mentoring relationships at all career stages in higher education, as they directly impact career satisfaction, productivity and progression,” says CIMER Director Pfund. Considered a foremost expert in the research-mentoring field, Pfund is also one of five principal investigators who established the National Research Mentoring Network (NRMN), a national collaboration of biomedical professionals and institutions whose goal is to increase the diversity of scientists in NIH-funded research.

Since it first launched in 2015, CIMER has advanced the science of mentoring through collaborations with many partners in science, technology, engineering, mathematics and medicine (STEMM), including leading research-focused universities, Kaiser Permanente Division of Research, Howard Hughes Medical Institute and Midwest Political Science Association.

According to Pfund, there is a tremendous need to advance mentoring relationships across many research disciplines. “The research enterprise has been largely built on an apprenticeship model, and while there are many well-intended people doing spectacular mentoring, it is not an equal playing field. Depending upon who you are matched with, it may work better for some than for others. As the training workforce is getting more diverse, the need to optimize the interactions among ALL mentoring pairs and mentoring networks is growing.” 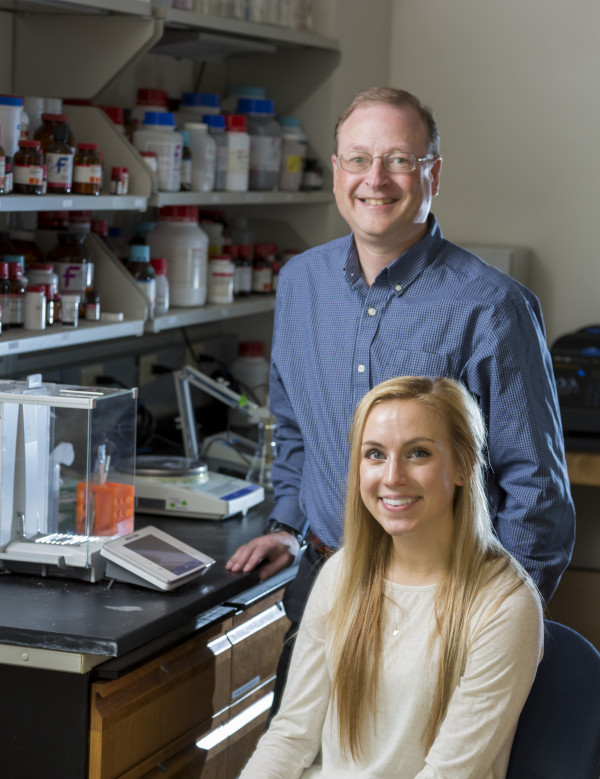 David Wassarman, a professor in UW‒Madison’s Department of Medical Genetics, literally stands behind recent graduate Julie Fischer, who he mentored for three years.

UW−Madison has a long history of research mentor and mentee training, due in large part to the pioneering efforts of Handelsman, Pfund and their colleagues. In 2003, they led discussions and workshops to train future biology faculty at UW−Madison to become more effective mentors. This effort, which generated substantial discussion materials, was developed into the “Entering Mentoring” training curriculum series, which is still taught today here at UW‒Madison and on hundreds of other college campuses. Pfund estimates that “Entering Mentoring” workshops have trained more than 10,000 mentors and mentees through the years.

“I’m proud of what we started together and in awe of what Chris has done since. CIMER is a fantastic next step to unite and bring attention to UW‒Madison’s scholarship and training in mentoring,” says Handelsman.

Wherever a baton can be passed, you likely will find a mentor/mentee relationship. Apple founder Steve Jobs was a mentor to Facebook CEO Mark Zuckerberg. Astronaut Sally Ride credits her interest in the space program to her graduate school professor, Arthur Walker. And Julie Fischer, a UW‒Madison graduate this spring in genetics and life sciences communications, says she owes a debt of gratitude to her mentor, David Wassarman, a professor in the university’s Department of Medical Genetics.

“I attribute a lot of what I have learned and my decision to go to graduate school to David’s mentorship,” says Fischer, who was invited to join Wassarman’s lab in her sophomore year to work on his traumatic brain injury research after impressing the professor with her initiative.

“She reached out to me and said all the right things. Even though Julie had no research experience, I could see her passion and thought she would be a good fit,” recalls Wassarman, who mentored Fischer for three years. Under his supervision, Fischer delivered traumatic brain injuries to fruit flies using a high-impact spring-loaded device that Wassarman and colleague Professor Barry Ganetzky developed and are in the process of patenting.

Why fruit flies? Seventy-five percent of disease-causing genes in humans are conserved in flies, according to the professor. “Traumatic brain injury is a hot topic right now, with football injuries and concussions causing abnormal behaviors later in life. This is a great project for undergraduates because in just a short time, we can teach them how to inflict a brain injury and then develop their own hypothesis to test.” 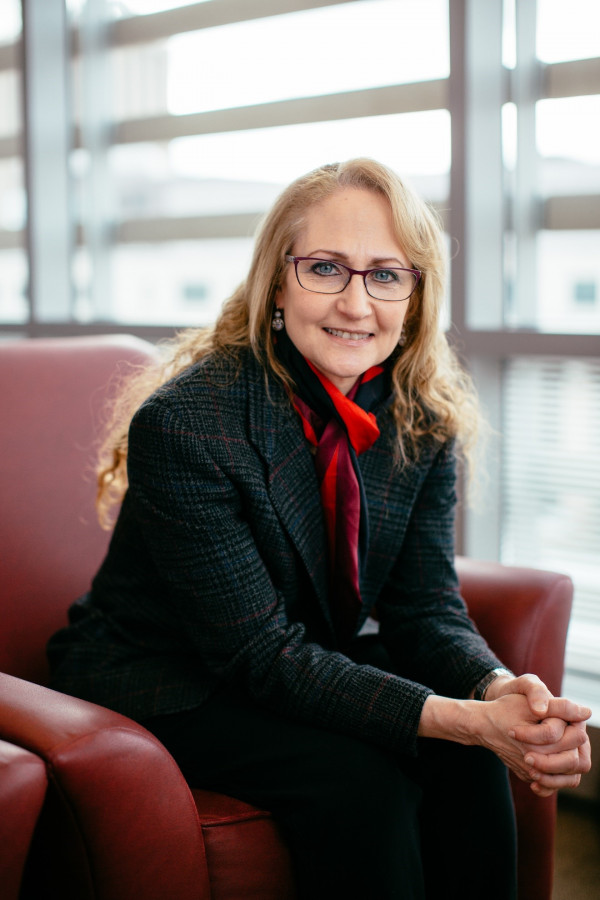 Jo Handelsman, director of the Wisconsin Institute for Discovery and mentor to CIMER Director Christine Pfund, helped launch many mentoring initiatives at UW‒Madison.

Fischer’s task was to determine glucose levels in the blood of newly concussed flies. Her assistance on this project earned her a byline in a paper published on eLife, an online scientific journal. “Not every sophomore gets to be published, so it was a great experience that helped when I applied to graduate school,” recalls Fischer, who will be attending Northwestern University to pursue a doctorate in life sciences.

The new graduate recommends that every undergraduate interested in research proactively seek out a mentor. “What you will learn from them is invaluable,” she says. Mentee training courses like “Entering Research,” co-developed by Pfund and Janet Branchaw, CIMER's faculty leader of trainee initiatives, can help students find and maximize an undergraduate research experience.

It’s a win-win relationship for mentors, too. “Students push my research ahead and I get to educate people, which is why I came to UW-Madison in the first place,” says Wassarman, whose father was also a researcher and mentored many students in his long career at Harvard. “As a mentor, you have to be a teacher, so it forces you to know your topic really well. But the biggest benefit is watching my students grow. I get more satisfaction from that than from what I did as a researcher years ago.”

Pfund hopes that with the help of CIMER, many more successful research-mentoring relationships―like the one between Wassarman and Fischer―will develop in STEMM disciplines across the country and beyond.

“Our long-term plan for CIMER is to become a highly valued and extensively used resource for optimizing and studying research-mentoring relationships, and to use that platform to promote the significance of mentoring.” She says mentoring already plays a critical role in shaping the scientific workforce. “What is needed now is a better understanding of the critical factors that make mentoring relationships effective for diverse mentors and mentees.”