An errant paper airplane, and a teacher’s insightful response to it, led to one of the best examples of successful play-based learning in a classroom that Angela Pyle, a faculty member in early childhood education at the University of Toronto, has witnessed in her extensive research.

Termed “inquiry play,” it’s a type of teacher-guided play in which an instructor seizes on young students’ expressed passions for a topic or activity, even if it means shifting gears to pursue an unexpected interruption as a multi-faceted learning opportunity.

“This is not that common, but it is wonderful when it can happen,” Pyle said, as she related the story and explained other kinds of teacher-guided play to some three dozen attendees of a free community workshop, “Expanding Notions of Play,” offered this week at the UW−Madison School of Education’s Wisconsin Center for Education Research (WCER). Most of the attendees were Madison-area early childhood educators from public schools, Head Start and private childcare centers.

“This is planting a seed, so that they will start looking at their own teaching and looking at their kids in a new way,” said Beth Graue, director of WCER’s Center for Research on Early Childhood Education (CRECE), sponsor of Pyle’s two-day visit, which also included an academic talk. 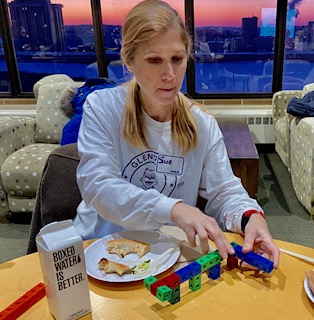 In Pyle’s paper airplane example, the teacher is reading to a small group when she’s hit by a paper airplane surreptitiously made by another student. Rather than get upset, she puts her reading lesson on hold, Pyle said, and then sets up a runway for paper airplanes in the classroom, where several students eager to build and fly planes soon flock. Over the next few days, she organizes several other fun activities around planes that engage students in play while building their vocabulary and visual-spatial skills, such as learning to measure.

“The students are into this,” said Pyle, a former classroom teacher and current assistant professor of applied psychology and human development who runs the Play Learning Lab at the University of Toronto. “This educator recognizes that as a moment to build on.”

Teacher attendees at the workshop, who gave Pyle their rapt attention from eight tables spaced around the 13th floor lounge of the university’s Educational Sciences Building on Tuesday night, appeared eager to learn more about play’s implications for student learning. The workshop even started with play, when Pyle asked attendees to spend a few minutes playing with building blocks at their table however they wished and then a few additional minutes trying to assemble the blocks according to some directions she provided, to give attendees a first-hand sense of free play vs. guided play.

While busy with the blocks, Jen Seffrood, the assistant director of Noah’s Ark preschool and child care center in Monroe, said she attended the workshop because her job includes helping teachers at her center develop curriculum and she needed to give them “fresh ideas.” 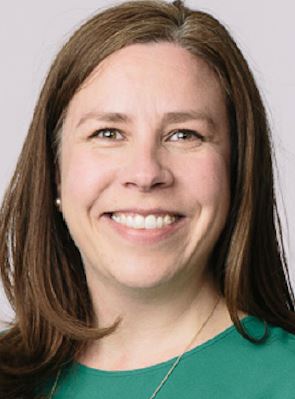 In her community talk, Pyle also described “teacher-guided play” as a hybrid of child and teacher direction in the center of a play continuum that starts with free play driven by the children and their imaginations, and ends with direct instruction, which is completely driven by the teacher.

Research shows free play can help young students learn to cooperate and relate to each other – generally described as “social-emotional” learning—and it can be useful to consolidate knowledge the children already have learned, Pyle said.

But it can’t teach new skills and new facts, Pyle said, noting teacher-guided play has proven to do a better job at that than even direct instruction alone. 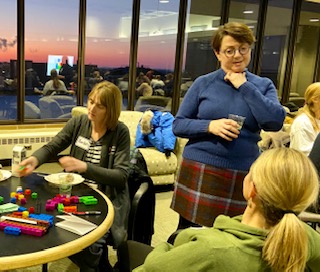 CRECE Director Beth Graue, who wants to help build a “supportive community” for area teachers, talks with a workshop attendee.

But when guided play was used, Pyle said, not only did students learn more in the moment, but they were able to “transfer the skill,” or use it correctly in a novel way.

“That’s what we really want,” Pyle said. “We want stuff to sink in—we want them to be able to use the learned knowledge in different ways. So guided play is proving to be one of the most valuable forms of play we can use when it comes to the goal of academic learning in a classroom.”

For the triangle study, the guided play took the shape of students pretending to be detectives to learn what a triangle is, with teachers on hand to ask important questions and extend discussions. But many ways of doing guided play are possible, Pyle noted.

“It doesn’t look one way,” Pyle said. “It’s any kind of play where you’re providing support and extension to the learning that’s naturally happening in that context.”

This is a new understanding for some teachers trained to see only free play as true play, Pyle said. Similarly, the way children see play in school has changed over time, too, she said, citing studies that asked young test subjects which of a series of photos depicted children at play.

In 1995, kids identified play “only as photographs that showed toys, freedom and the outside – and as ‘not play,’ they chose anything involved with an educator or in a classroom,” Pyle said.

By 2001, when the study was repeated, “the only thing that mattered was whether the children look happy in the photographs. That was their only criterion when they decided what was ‘play,’” Pyle said, adding that teachers should see an opportunity in those results.

“If we can create an environment of joy and innovation and happiness, and use that to teach some of the important life skills, like personal social development, and also to teach them the skills of academics, then they will still feel happy and play and learn these things,” she said.

Bernhagen, for one, planned to put Pyle’s lessons to use as soon as she could, citing the classroom examples and the methods of assessing learning through play as particularly helpful.

“What I learned is that I really need to redefine what play is, because we are doing some of these things,” Bernhagen said after the presentation. “We’re doing the literacy games and the teacher-directed math activities. There’s just so much more we can do.”

Graue said she was pleased to offer access to a researcher doing work of great interest to educators and help build a “supportive community” for early childhood teachers. It’s the Wisconsin Idea in action, she noted.

“One of the things that I want to do is give back to the teachers because they give the university so much,” she said, “in terms of hosting our student teachers and hosting our researchers.”

Pyle’s visit was supported by grant funding from the U.S. Department of Education’s Institute of Education Sciences (IES), in partnership with WCER’s Madison Education Partnership (MEP), and the state Department of Public Instruction through the Wisconsin Readiness Equity Network (WREN).