UW-Madison professor Tom Carpenter, whose student-centered ideas about teaching math to young children from all backgrounds and skill levels helped transform the field of mathematics education for students and teachers, died August 7 from complications of Parkinson’s disease.

Carpenter, who turned 78 in July, joined the UW-Madison School of Education faculty in August 1975 and spent nearly 30 years as a leading teacher and researcher in the school’s top-ranked Department of Curriculum and Instruction. He officially retired in 2004 but continued to work for more than 10 years as a principal investigator on research projects at the school’s Wisconsin Center for Education Research and as a mentor and advisor to scores of graduate students, many of whom now hold jobs at top universities across the country.

Carpenter always worked closely with and in support of primary and secondary school teachers, never forgetting they were the front-line experts, according to his academic colleagues.

“He left a wonderful legacy,” says Megan Franke, a UCLA education professor who was a UW-Madison doctoral student in the mid-1980s. “He taught me to allow students to amaze me, to respect teachers’ immeasurable expertise and to engage in meaningful research partnerships with schools. We loved to argue about theory, learn together and smile at the little things.”

Carpenter was best known for developing Cognitively Guided Instruction (CGI), an approach to teaching that taps into how children intuitively think about math. It represents a shift away from memorizing procedures to a more conceptual understanding of math, and over three decades it has transformed the teaching of thousands of teachers and led to perhaps hundreds of thousands of children learning to engage in and enjoy mathematical problem-solving. 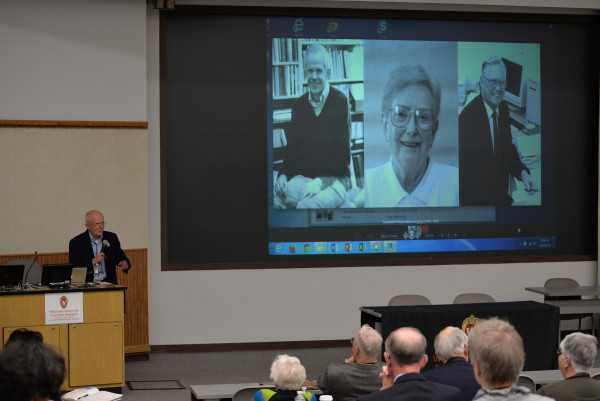 Courtney Koestler, a former classroom teacher in Fairfax, Virginia, came to UW-Madison for her doctorate from 2005 to 2010 after reading one of Carpenter’s books about teaching math.

“It was life-changing,” says Koestler, now a faculty member in the department of teacher education at Ohio University in Athens, Ohio. “I had to meet him. I just loved the way he framed the research. Children were framed as capable and competent problem solvers . . . coming to school with five years of real-life experience.”

At UW-Madison, Koestler worked with Carpenter on his Diversity in Math Education project, which he co-directed with faculty from UCLA and UC-Berkeley. It showed her another side of him.

“As I got to know him, in his later years,” says Koestler, who also leads the OHIO Center for Equity in Mathematics and Science, “it was all about justice—who can we provide good experiences to because we want kids to have not just math knowledge but also equitable opportunity.” 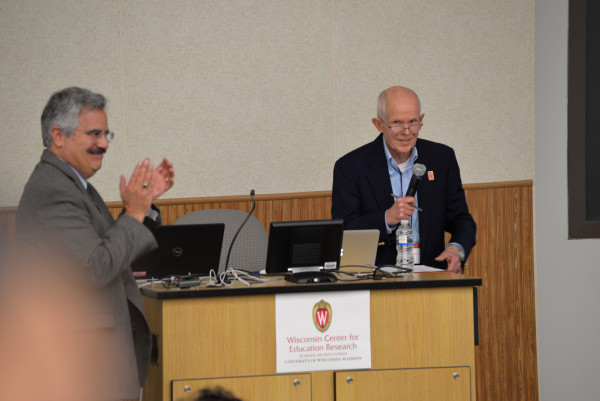 “His thinking and his writing were precise, clear and deeply rooted in a passionate belief in children’s ability to think mathematically and in the right of every child to have their thinking heard and understood,” says his former lead editor at Heinemann Publishing, Katherine Bryant.

He also was editor of the premier research journal in his field, the Journal for Research in Mathematics Education. In 2004, he was honored with the National Council of Teachers of Mathematics’ Lifetime Achievement award, one of many earned in his long career.

“Tom was a pillar of the department for so many years,” says John Rudolph, chair of the Department of Curriculum and Instruction. “He embodied in so many ways what the department was all about through his scholarship, teaching and outreach to teachers, and through the mathematics teaching materials and textbooks he produced over the course of his career. We will miss him dearly.”

Carpenter earned his bachelor’s and master’s degrees in math in 1962 and 1968 at Stanford University and San Diego State University, respectively, and his doctorate in curriculum and instruction in 1971 at UW-Madison.

Carpenter was living in Middleton at the time of his death with his wife, Sally. She says he lived actively for many years with Parkinson’s disease but began to decline sharply in December.

Funeral services will be at 11 a.m. Aug. 18 at Cress Funeral Home, 6021 University Avenue, Madison. Beyond his wife, survivors include two sons, Robert and Stephen, and two grandchildren. The family requests any memorial gifts be made as contributions to the Thomas and Sally Carpenter Fund maintained at the University of Wisconsin Foundation.