In the development of future academic scientists, few individuals are more central to success than good mentors.

But what if mentors and their advisees don’t share the same racial, ethnic, cultural or socio-economic backgrounds? How can differences impact their relationship?

Mentorship education experts at UW−Madison’s Wisconsin Center for Education Research, part of the School of Education, are striving to answer these questions, while they help build more inclusive lab environments across the country and increase diversity in the next generation of university-based science leaders through mentorship education.

Since 2016, WCER researchers Christine Pfund and Angela Byars-Winston have been improving the mentoring relationships between a large and growing group of the nation’s top PhD students in the sciences and their dissertation advisers. The students, all from diverse backgrounds historically underrepresented in the sciences, and their advisers are dual awardees and participants in the Gilliam Fellowships for Advanced Study, a research-supporting program of the renowned Howard Hughes Medical Institute (HHMI) in Chevy Chase, Maryland. 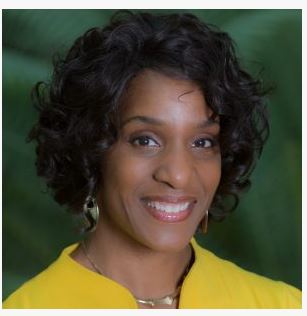 To date, more than 100 of these student-adviser pairs have received the Pfund-Byars-Winston training aimed, in part, at making their mentorship relationships more culturally aware. The training does that by helping mentors become more cognizant of potential verbal, cognitive or behavioral nuances related to differing backgrounds that could otherwise lead to upset or misunderstanding between them and their mentees.

“The students and the advisers are better for it, no question,” HHMI Senior Director for Science Education David Asai says. “And the growth of the Gilliam program means that a significant number of scientists are benefiting from their enhanced abilities to interact constructively with one another.”

Asai credits Byars-Winston and Pfund with improving science-degree persistence of Gilliam Fellows, who now make up a “significant fraction” of the average 750 PhDs awarded annually nationwide to persons from traditionally excluded ethnic and racial groups. Before the mentorship training was added, too many students were dropping out of the program for it to increase the degrees awarded very much.

As nationally recognized experts in mentorship education, Byars-Winston and Pfund most recently were instrumental in the October 2019 release of a comprehensive consensus study on the science of effective mentorship in STEMM topics by the National Academies of Sciences, Engineering, and Medicine (NASEM). A national ad hoc committee chaired by Byars-Winston, with Pfund as one of the committee’s 12 members, produced the 287-page report, which includes an online guide to recommended mentorship tools and resources. Their roles in this report are a dual nod to UW−Madison’s 15-year record of working to improve research-based mentorships as one tool to broaden participation in the disciplines of science, technology, engineering, math and medicine.

Created in 1953, HHMI is a nonprofit medical research center with its own staff of researchers. It also has a science philanthropy arm with a mission of advancing basic biomedical research and science education through grants to individuals throughout the country, including both academic scientists and students. The Gilliam Fellowships were created in 2005 under the philanthropic arm as one of HHMI’s workforce-development programs. 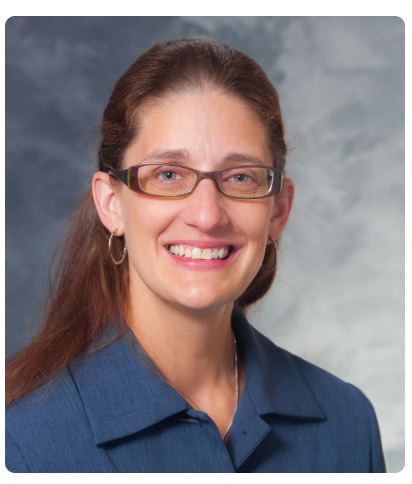 The training provided by Pfund, Byars-Winston and their team includes a comprehensive, year-long curriculum for Gilliam mentors focused on mentorship and cultural awareness. The team, including colleagues from the Broad Institute, Duke University, and HHMI, also has developed a new curriculum of leadership training for mentees, aimed in part at reinforcing what they should expect from their mentors and their environments and how to advocate for that. Most mentees participate in this leadership training at the annual Gilliam Fellowship program meeting traditionally held in September.

The Gilliam program’s goal is to boost diversity among academic scientists prepared to take on leadership roles in science, especially as college and university faculty. To do that, the program issues research-supporting awards of $50,000 annually for up to three years to around 45 pairs of outstanding late-stage PhD students and their advisers from colleges and universities around the country.

A new cohort of Gilliam Fellows and their mentors is selected from a nationwide pool every year in September. At any one time, the program funds about 125 pairs of students and advisers, Asai notes.

The fellowships are open to PhD students from racial and ethnic backgrounds that are underrepresented in science and to those from economically disadvantaged backgrounds. Most of the students’ advisers – referred to as mentors in the program – are white or of well represented Asian ethnicities.

“We love this project,” says Pfund, a senior scientist and director of the Center for the Improvement of Mentored Experiences in Research (CIMER), who has built a career of mentorship research and education dating to the mid-2000s at UW−Madison as part of Jo Handelsman’s HHMI Professorship award. “It’s such a privilege to do and it’s exciting.” In addition to her affiliation with HHMI, Handelsman is director of UW–Madison’s Wisconsin Institute for Discovery and a Vilas Research Professor of plant pathology.

With a focus on culturally aware practices, Pfund and Byars-Winston crafted their mentorship education program for HHMI around six research mentoring competencies from Entering Mentoring, a curriculum co-authored by Handelsman and Pfund and proven in previous UW−Madison research to optimize mentoring relationships. Those elements are:

To these core competencies, they have added the evidence-based Culturally Aware Mentoring curriculum, resulting in a multi-faceted, comprehensive mentorship education program.

Pfund says HHMI asked her and Byars-Winston to take everything they have learned about mentoring in the past 15 years, as well as the factors that impact mentoring relationships across diverse groups, to create mentor training for the program.

“That’s why it’s 30 hours of intervention for mentors,” Pfund says. “It’s everything that we have built and studied.” 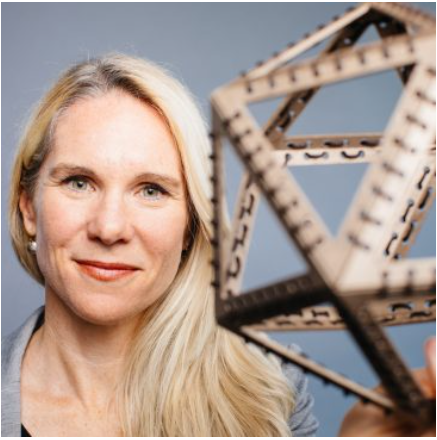 The mentorship training includes structured opportunities for mentors to increase awareness of their own cultural backgrounds and perceptions, and then link that self-awareness to their mentorship practices. One unique activity in the training is guided role play, in which mentors act out a challenging mentorship encounter with a student with real-time coaching and feedback to increase their mentoring effectiveness.

Britt Glaunsinger, a mentor from the University of California-Berkeley who has received mentorship education from Pfund and Byars-Winston, says she found the training “incredibly useful,” because it provided a framework for her, as a microbial-biology scientist, to “better recognize and honor the diverse backgrounds” of her mentees, especially in terms of how “these differences might influence our lines of communication.”

Glaunsinger is an HHMI Investigator in addition to being a professor in UC-Berkeley’s departments of molecular and cell biology & plant and microbial biology.

“It helped me be more transparent about stating my expectations for all my trainees, rather than making assumptions and probably leaving some people guessing,” she says. “It did not provide answers for how to ‘solve’ challenging situations; instead, we were given tools that help us better navigate them.”

Moving from ‘fix the student’ to expecting more from mentors, institutions

HHMI leaders made a number of changes in 2014 to increase the Gilliam Fellows applicant pool and the number of awards granted in the program, including tapping the nation’s leading graduate programs for nominations of student-adviser pairs. The changes raised the average number of awards from just seven annually over the program’s first nine years to around 45 per year now, selected from an applicant pool that has grown from 25 annually to more than 300.

In 2016, as part of HHMI efforts to reduce the number of Gilliam Fellows who were dropping out of science during their graduate careers, Pfund and Byars-Winston began offering formal mentorship education for Gilliam advisers through a three-year, $285,000 grant from HHMI.

“We realized that the key is to have high expectations of the students while also ensuring students feel they belong and can be successful,” Asai says. “The mentor development curriculum is an important example of how we can move from a ‘fix the student’ approach to a strategy of expecting the institution to exercise its responsibility of creating a more inclusive training environment.”

Pfund and Byars-Winston have trained 134 Gilliam mentors since 2016, providing 30 hours of training spread over one year in monthly online sessions and, pre-Covid, in two face-to-face, full-day sessions at HHMI.

Training lauded for meeting mentors where they are 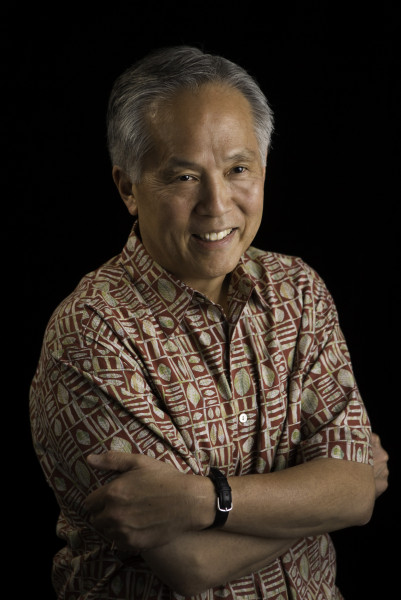 Using evidence-based scholarship and a curriculum that builds on itself as the year progresses, the program includes opportunities for mentors to test recommended practices in the lab with mentees and report back. In addition to helping advisers become more aware of their own cultural identities, Pfund and Byars-Winston work with them on understanding the critical role of listening better and feeling more comfortable engaging across cultures.

Prior to Pfund and Byars-Winston being involved, mentors in the Gilliam program weren’t required to have any professional development, an omission that limited mentor effectiveness, Asai says.

“It’s not sufficient to only highlight the role of the adviser without providing them tools, nor is it sufficient to talk about advising as an imprecise and color-blind job,” he says. “Instead it is essential to help each adviser acquire the skills of culturally aware mentoring.”

Asai praises the mentorship training for “meeting the participants where they are” and challenging them in positive ways.

“Advisers are not shamed or made to feel badly,” he says. “Their questions are answered thoughtfully, allowing them to learn and share in a safe environment.”

As a side benefit, providing services for Gilliam fellows and their mentors over time affords Byars-Winston and Pfund a signature research opportunity: access to a “living laboratory of faculty” and future faculty, Byars-Winston says, from colleges and universities coast to coast, including Harvard, Stanford, Cornell, Johns Hopkins, Duke, the Universities of Michigan, Chicago and Texas and many more.

“We are positioned to add knowledge to the literature about how these relationships develop over time,” says Byars-Winston, a CIMER investigator and professor of medicine who brought culturally aware mentorship training to UW−Madison’s medical school. “As far as we know, we’re the only ones with these data ─ this cross-racial, cross-ethnic match of longitudinal relationships across three years.”

And as the Gilliam group grows, so do the opportunities for good research findings.

“We’re not only evaluating all of these interventions, but also we are longitudinally tracking the mentors and mentees individually and as pairs over time, over those three years of the fellowship,” Pfund said. “It’s a much more extensive evaluation with the second grant.”

The annual Gilliam awards support students’ research and professional development with a $33,000 living stipend, $10,000 toward tuition and fees, and $4,000 for the students’ professional, career and personal development. The remaining $3,000 of the annual award is for the student’s mentor to do a small research project that must advance diversity and inclusion in their home department.

“We also help them think that additional project through,” Byars-Winston said. “It’s designed for the mentors to really do something beyond the mentor training they get throughout the year from us, realizing the faculty are the ones with power to be the change agents in their department.”

In a measure of the mentor training program’s rising reputation, HHMI now is hearing from academic scientists who are not Gilliam advisers, asking how they, too, can receive it, Asai says.

Byars-Winston notes that success was far from guaranteed, calling it a “testament to David Asai and HHMI’s willingness to invest” in the training.

“Nothing has been done on this scale before, and there was no path, no guidebook, for that,” Byars-Winston says. “So we were definitely an experiment, and we’re excited to have a partner like HHMI to intellectually pursue these efforts with us.”