More than 200 students, chaperones from across U.S. to meet in Madison starting Wednesday More than 200 high school students and their chaperones from 19 U.S. school districts will be in Madison from Wednesday through Saturday for the MSAN Student Conference, presented by the UW-Madison School of Education annually to develop student leaders dedicated to ending racial disparities in achievement and opportunity.

Hosted this year by the Middleton-Cross Plains Area School District, where students helped plan conference events, the gathering will take place mainly at the Madison Concourse Hotel but will feature guided tours of schools and colleges at UW-Madison on Thursday morning and a resource fair at Memorial Union that afternoon.

“We cannot wait to welcome students and educators from across the country to the greater Madison, Wisconsin area,” Middleton-Cross Plains district Superintendent Dana Monogue says. “We believe the conference agenda will afford attendees the opportunity to meet amazing people, learn from thought leaders in our field, visit one of our nation’s premier universities and enjoy time to learn, reflect, grow and be inspired.”

Conference attendees include some of the brightest students of color from around the nation who are equity leaders in their high schools, MSAN Executive Director Madeline Hafner says. Together they will take part in a day of action planning on Friday, when they brainstorm and present projects designed to address disparities at their own schools, where many of the students hold leadership roles such as heading up a social justice group or the black student union. 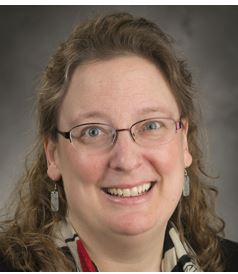 “The action planning is the heart of what we want to support the kids in doing,” Hafner says. “Students get to talk and work with students from other districts around the ideas they have to create change and learn how they’ve done it. That’s one of the most powerful pieces: students seeing each other as change agents.”

One example of an action plan developed at a past MSAN student conference and still paying equity dividends today is a class about the sociology of achievement gaps that was envisioned by a student team from Amherst Regional High School in Amherst, Massachusetts. After the conference, the students worked with a social studies teacher to create the for-credit course, which has been offered at the school for at least the past 10 years and always ends with course attendees creating action plans of their own. 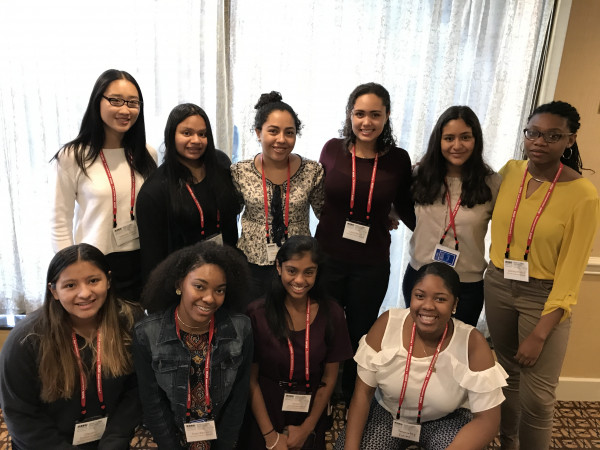 Last year’s student planning team (pictured) was from Brookline, Massachusetts. The conference was last held in the Madison area when Verona hosted in 2015.

“So you’ve got this trickle-down effect of action,” Hafner says. “Kids take the course to learn about the social construction of race and other identity markers.”

In the Madison area, an action plan from students in the Verona Area School District recently resulted in the planning of a county-wide MSAN conference. School districts in Sun Prairie and Madison also are MSAN members from Dane County, along with the Middleton-Cross Plains Area School District, where the superintendent says she expects to see similar big ideas emerge as a result of this year’s MSAN Student Conference.

“As we work together across states to raise the next generation of civic-minded, socially conscious and action-oriented change leaders, this conference will hopefully serve as a powerful catalyst for positive change, unity and hope,” Monogue says.

The campus tours of schools and colleges at UW-Madison, which depart from Gordon Commons at 9:30 a.m. Thursday and last about two hours, also will seek to serve a larger purpose than just showing off the university’s academic offerings. Tour guides and resource fair organizers plan to highlight support services for students of color within colleges, such as the Wisconsin Black Engineering Student Society, or across the campus, such as the Multicultural Student Center or LGBT Resource Center.

“It’s all about exposure,” Hafner says. “We want students to see themselves on college campuses. We try to show them the resources that are available to them as racially diverse students on predominantly white campuses. We want to make sure, whether they come here or go somewhere else, that they know these resources are available.” 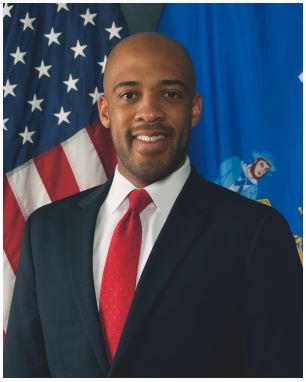 Other conference highlights include an opening keynote address on Wednesday from Wisconsin Lt. Gov. Mandela Barnes, a Milwaukee native whose election in November 2018 made him the first African-American to serve as lieutenant governor, as well as the second African-American ever to hold statewide office in Wisconsin.

Other keynote speakers will be José González, a teacher in the Tucson Unified School District and Xicanx Institute for Teaching and Organizing on Thursday night, and Bettina Love, an award-winning author and associate professor of educational theory and practice from the University of Georgia, on Friday. Love is regarded as one of the field’s most esteemed educational researchers in the areas of how anti-blackness operates in schools, as well as hip hop and urban education. Her work also covers how teachers and schools can work with parents and communities to develop equitable classrooms by building communal, civically engaged schools rooted in intersectional social justice. 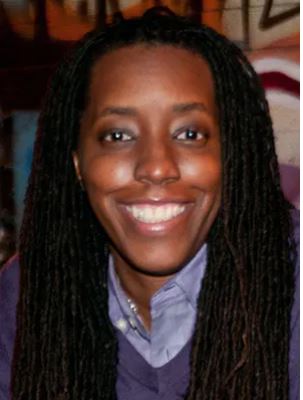 González is in his 28th year of teaching, with a focus on culturally relevant American history from the Mexican American perspective, as well as a social justice perspectives class at Tucson High Magnet School. He tries to foster in his students a strong sense of identity and student voice, while infusing a self-discipline approach to life.

Each conference also features a panel of conference alumni, former MSAN students who are now in college or working and can describe for current attendees how participating in MSAN helped shape and empower them, Hafner says.

This year’s conference, entitled “The Roses that Grew from Concrete,” after a similarly named poem by Tupac Shakur, also marks the 20th anniversary of MSAN, a project of the Wisconsin Center for Education Research in UW−Madison's School of Education.

Launched in 1999 in Evanston, Illinois, MSAN is structured as a national coalition of 26 racially diverse school districts in mid-sized cities or first-ring suburbs that are focused on understanding and eliminating gaps in opportunity and achievement that persist within their own schools. MSAN also does collaborative research and organizes two conferences annually: the student conference in the fall and an MSAN Institute for educators each spring. MSAN educators also meet three times per year in Chicago as “communities of practice” to learn in-depth about one MSAN district and share ideas. 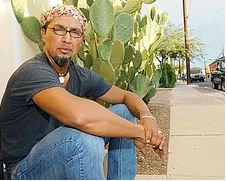 “When you bring people together on a routine basis to understand and share promising practices, it is really empowering,” Hafner says. “That to me has been one of the most exciting and surprising elements (in MSAN’s 20-year history), that people gathering as a community of practice really makes a difference.”

Hafner has been MSAN’s executive director and research director since 2007, when the program moved to WCER from the founding school district in Evanston Township, Illinois. Over the same period, the number of MSAN member districts has grown from 15 to 26, with enrollments from 3,300 to 33,393 in high school and elementary districts.

Hafner, also an associate scientist at UW-Madison, says she was drawn to the participatory nature of the research practice around MSAN.

“I loved the idea of using research skills while putting practitioners at the front of the research process,” she says. “As opposed to researchers just going in and saying, ‘We want to collect this data, thank you very much.’”

An MSAN 20th Anniversary Celebration also will be held this year on Nov. 19 in Chicago, where attendees will revisit the organization’s history, theory of change and design principles. Special guests are to include WCER’s Gloria Ladson-Billings, one of the first researchers to work with MSAN, and Art Rainwater, who was superintendent of the Madison School District when it became a founding MSAN member. He is now a clinical professor emeritus in the School of Education’s Dept. of Educational Leadership & Policy Analysis (ELPA). John Diamond, ELPA’s Kellner Family Distinguished Chair in Urban Education, also will attend as MSAN’s first research director.